Voting day is November 6th and it’s an important time to exercise our right to democracy! We encourage everyone to make their voice heard, especially if they love cannabis.

As Steve Gormley, CEO of International Cannabrands said, “America is facing a series of elections over the next two years that could change the fabric of our democracy.” No matter what issues you support, being an active member of your community and voicing your opinions to your representatives matter.  As we see an unprecedented rush of legalization across the nation, it’s truly amazing that we live in a time where we can see how our vote works in action. 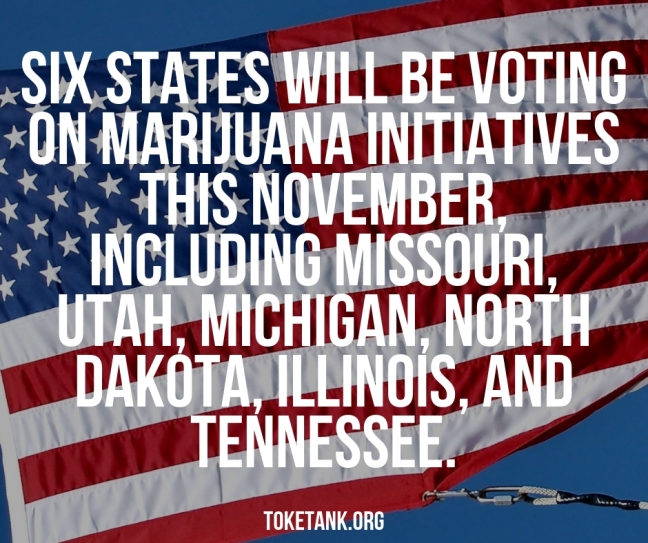 “The latest Gallup polls show that two-in-three American support the legalization of marijuana, but polls don’t change policy—votes do. Six states will be voting on marijuana initiatives this November, including Missouri, Utah, Michigan, North Dakota, Illinois, and Tennessee, said Frank Lane, President of CFN Media. It’s a groundbreaking time in history when people are faced with tough choices and a deep divide in beliefs. Casting your vote is one of the most powerful things you can do to really shape your community.

Peter Vogel, CEO of Leafwire agrees. “This is a key election for the industry, because a lot of rules and regulations will be changed and created in the next few years. It’s vital that everyone take the time to vote and elect the officials who you believe will be the voice for your beliefs and views. This is not a time to take a big seat and let others make decisions that will affect the industry for years to come,” he said. 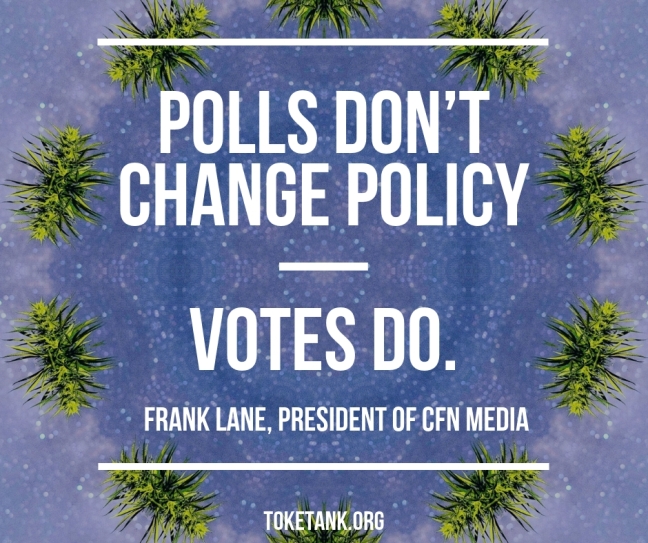 It is no secret that the cannabis industry is providing a much needed financial and social benefit to the citizens of states with legal cannabis.

“I urge all Americans to vote in the midterm elections as well as all local, county  and state races. I urge socially conscious, liberal and Democratic Americans to support candidates who support the cannabis industry and the ultimate repeal of prohibition. I urge business-minded Libertarians and Republicans to support candidates who support the burgeoning, jobs creating cannabis business,” said Steve Gormley.

What States Have Cannabis On the Ballot?

“Residents of North Dakota and Michigan will be given the opportunity to vote for recreational legalization while Utah and Missouri citizens will vote on cannabis legalization for medical use. In addition to this proposed legislation, Americans have a chance to elect more marijuana-friendly representatives to Congress at a time where a shift in power could mean full-scale national legalization. Rep. Earl Blumenauer (D-OR), has already put forth a memo detailing how Democrats could legalize marijuana if they take a majority in the November election. This and other proposed plans showcase the possibilities at stake on November 6th,” said Jordan Friedman, CEO of Zodaka, a payments processing system for the cannabis industry.

Everyone canna-curious should cast their votes this week, especially those who are new to the plant. People who want to see more research should push forth legalization, in order to allow access to banking, health studies, and more. “The upcoming General Election is crucial for the continued growth of the marijuana industry, and it is incredibly important that everyone with even a slight interest in cannabis head to the polls this November,” Friedman said.

Lex Pelger, Science Director of Bluebird Botanicals, points out how crucial voting for cannabis will be in improving our society. “Anyone who consumes cannabis has a duty to go to the polls. It was the hard work of activists and the willingness of citizen smokers to go to the ballots that helped to roll back the disastrous prohibition of this old plant. All of us are lucky to live in a democracy and exercising our right to vote is vital to making the country better. You have the power to put lawmakers in place who will end the War on Drugs, respect the planet, and take better care of us all. Please go do it.”

Dustin Iannotti, Co-Founder of the cannabis-focused marketing agency Artisans on Fire, reminds voters that timing is everything. “Unfortunately, politicians have not hit the point where their winning or losing could be dependent on where they stand on the cannabis reform issue. If we hope to see federal legislation, then this needs to feel like it’s changing with this year’s votes. The last election, we fought to get cannabis reform on the dockets in various states for the opportunity to let the public decide if their state would legalize marijuana. This election, the stakes are even higher. We are now staring down election results that could impact the next few years of the industry. If the right politicians win their ballot, we could be looking towards federal regulation in the coming term. If it goes the other way, we could lose leverage that could set the industry back as long as half a decade. I hope I don’t need to tell any industry insiders this, but please, make time on election day to vote for our collective cause.

“There are many reasons to legalize marijuana: African Americans are four to ten times more likely to be arrested for marijuana charges (despite using the drug at the same rates as Caucasians); enforcing marijuana laws consumes law enforcement resources that could be better spent elsewhere; and, legalizing and regulating cannabis could provide much-needed tax revenue and eliminate revenue streams for criminal organizations. It’s important for everyone to get out and vote to change marijuana policies for the better,” said Frank Lane.

How You Can Take Action

Headcount has created a Cannabis Voter Project where you can view your local representatives’ stance on the issue of cannabis. The non-profit has registered more than half a million voters since it began in 2004, and has taken on the issue of getting people registered to vote and activating non-partisan grassroots initiatives.

Curious what information you’ll need to vote, where the polling locations are, important deadlines, and more? Here’s a link you won’t want to miss: https://www.headcount.org/voter-info/

Snowflakes are becoming snowmen in the path to legalized cannabis throughout the United States. Now is the time to further develop the cannabis industry, vitalize local economies and grow our country as a whole. So what are you waiting for? Go out and cast your vote by November 6th for the future depends on it!